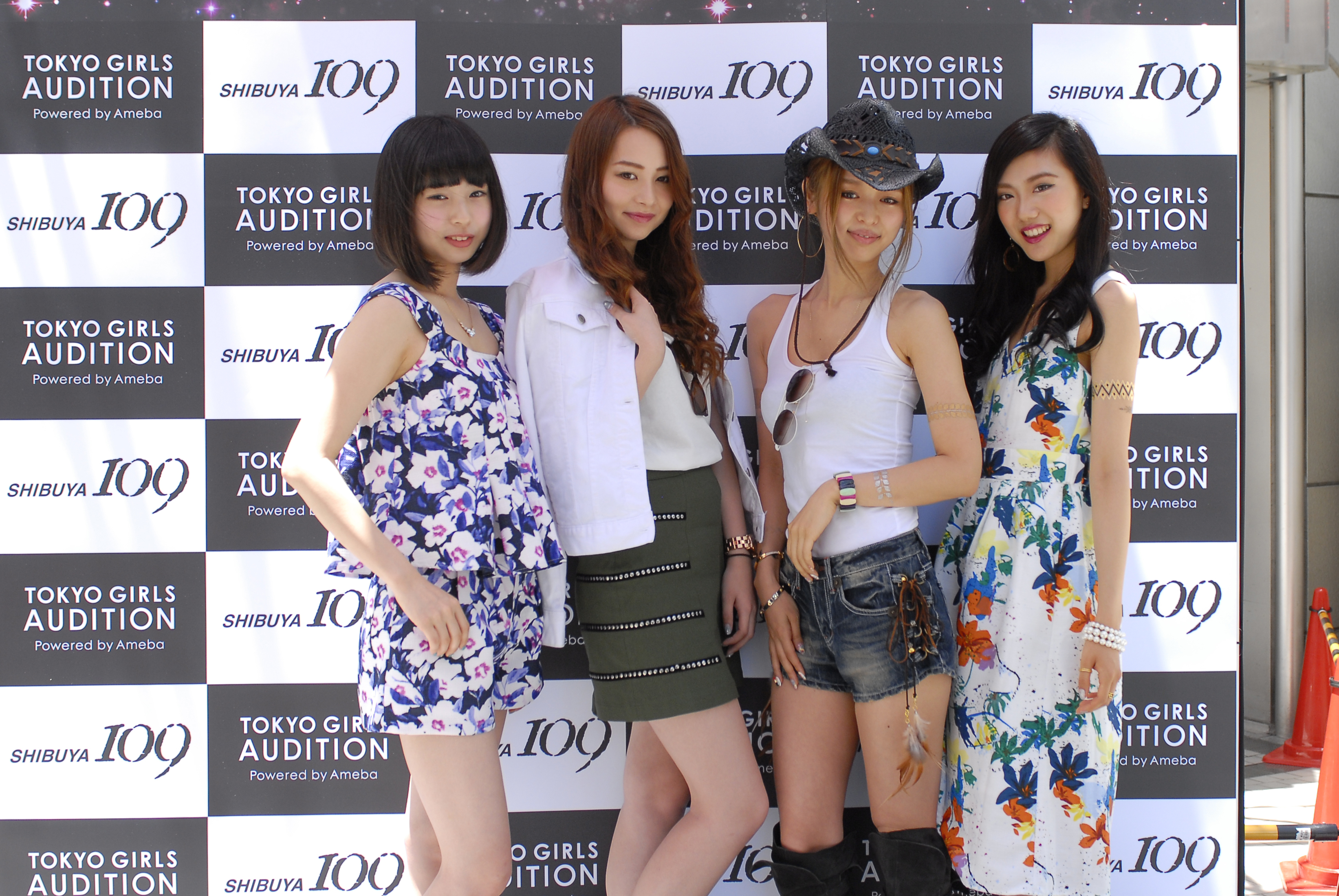 Dreaming Of The Runway

From Dreams To The Runway

Tokyo Girls Collection kicked off its talent search with Tokyo Girls Audition 2015 (TGA15), arousing more than 40,000 young hopefuls to submit their application packets online (Feb-Apr) throughout Japan and I was able to tag along for myself and document the eclectic crowd of contestants at their auditions for TGC’s ‘Tokyo Girls Audition 2015.’ These girls are all dreaming of the runway, and at the start of the audition the girls went through an initial screening (Apr-Jun) and were put into one of two categories -> they girls were either going to be ‘models’ or ‘artists’ based on their application.

“They ranged in style from fully decked out with latest Spring/Summer fashion trends to just jeans and a t-shirts.”

In the early steps of the audition in late June more than 24,000 hopefuls in Tokyo alone came out to Shibuya, showing what these girls must go through before they can make that career-turning turn putting them up to a challenging audition process that would either keep them or be cut drawing the field of girls in half.

The girls were put into groups and auditioned as a group, some were very good singers and performers while others were not seasoned performers. Naturally most were very nervous, although the judges seemed super-cool and let them start over. There were girls anywhere from ages 14 to mostly late 20s (few early 30s), and most of the girls in their mid to late teens who had never thought about modeling/singing as a career until now. But there was one very young and beautiful girl that caught my attention in the audition room was a very well-mannered 14yr old girl who I think really captivated the judges, she had a great voice and didn’t let her nerves get in the way. In that aspect, I think she did have an advantage over the others. From June to late August the girls would be pulling popularity votes online using social media platforms like Facebook, Instagram, Ameblog etc… to help them stand out from the rest of the crowd.

Finally in late August the remaining girls would come together where they could be ‘scouted’ by many of the big players in media that might be interested in these young hopefuls. But still the field was narrowed down to the final 8 in each category (models/artists) which they would make their appearance on the TGC 2015 A/W collection runway. This is when the girls and the public would all find out which girls secured deals with major productions and music labels. 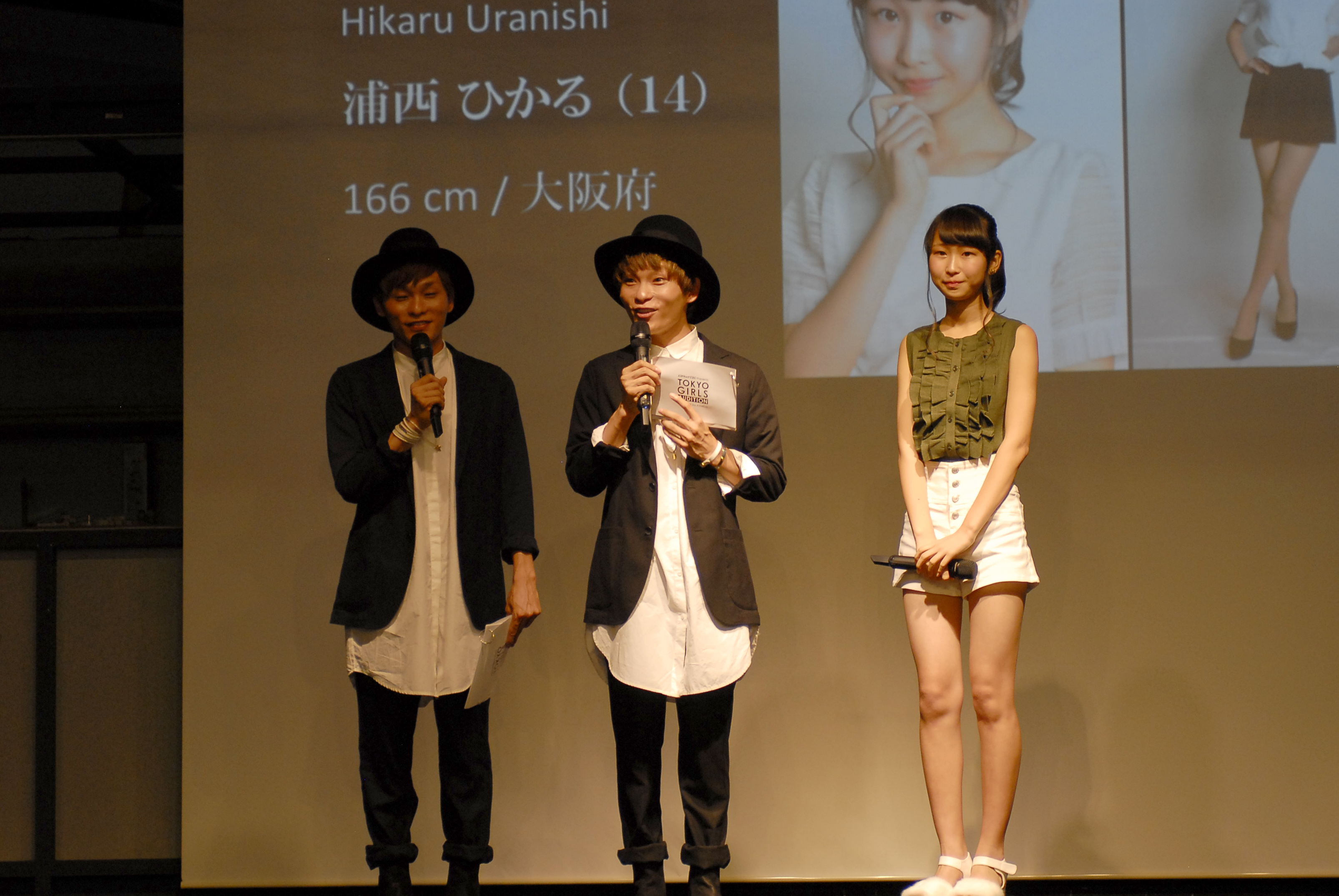 Q: How did you begin the process of auditioning for “Tokyo Girls Audition”?
You had to sign up online. They would tell you give you a position and you had to confirm it beforehand. On the day of the audition, you had to show up in your time slot and wait for your group to be called. 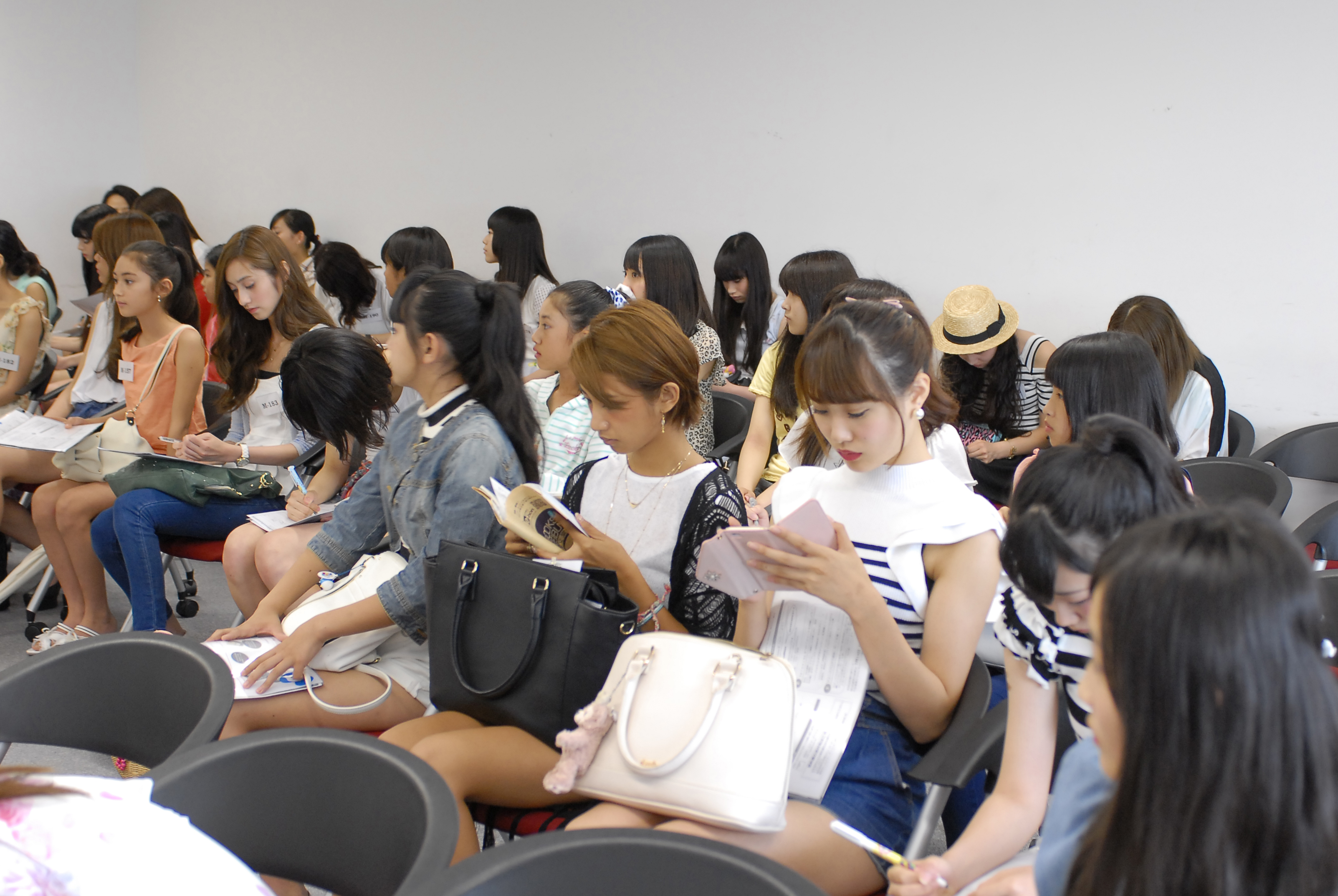 Q: Describe the crowd once you got to the audition.

A lot of people. And, definitely more models than artists. The crowd at Shibuya’s Mark City Tower… people were in the reception room waiting to be called in for their photo shoot. Finally, the audition, which was… weird. Usually auditions are individual. Here, they took a group of 10 people into the audition room and one-by-one you had to get up and sing a capella, a verse and chorus, for the judge-slash-producer. So, that was kind of odd, singing for everybody. It made it kind of awkward; what if you’re singing the same song as the person next to you? I didn’t stick around all day to see how many people got there after! That was the just the first performance round.

Q: After what must have felt like a long wait, you got called inside?
We got our photos taken, finally. We were taken down a hallway and queued outside of the audition room door – where you wait more. Awaiting the chance to meet the judges. 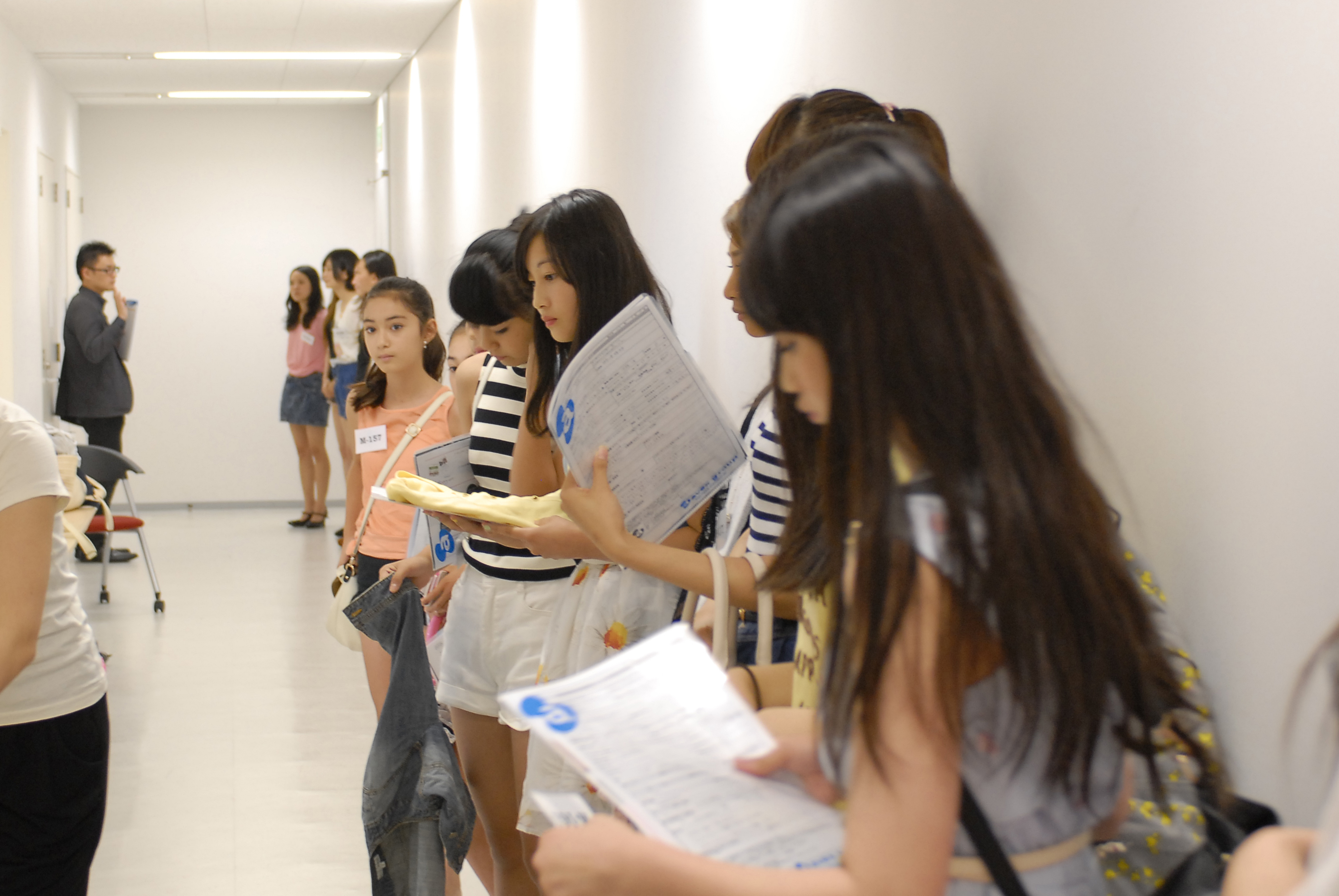 Q: Do you get to choose what song you can sing?

You do, and it can be from any genre. There were people in my room auditioning with everything from J-pop to American pop songs – I think somebody sang “Let it go”.

Talking to the judges, they were looking for… vocal range over beauty for the artists.
and for models, they are looking for someone who is a bit younger, around 12 years old that they could take and mold into a model that fits their needs.

Many of these girls are already modeling/performing regularly, but feel that if they got noticed, it would certainly be a shortcut to what they’re already pursuing.

Below are select images from the audition process:

Fashion Shows – Behind the Scenes How it’s done!